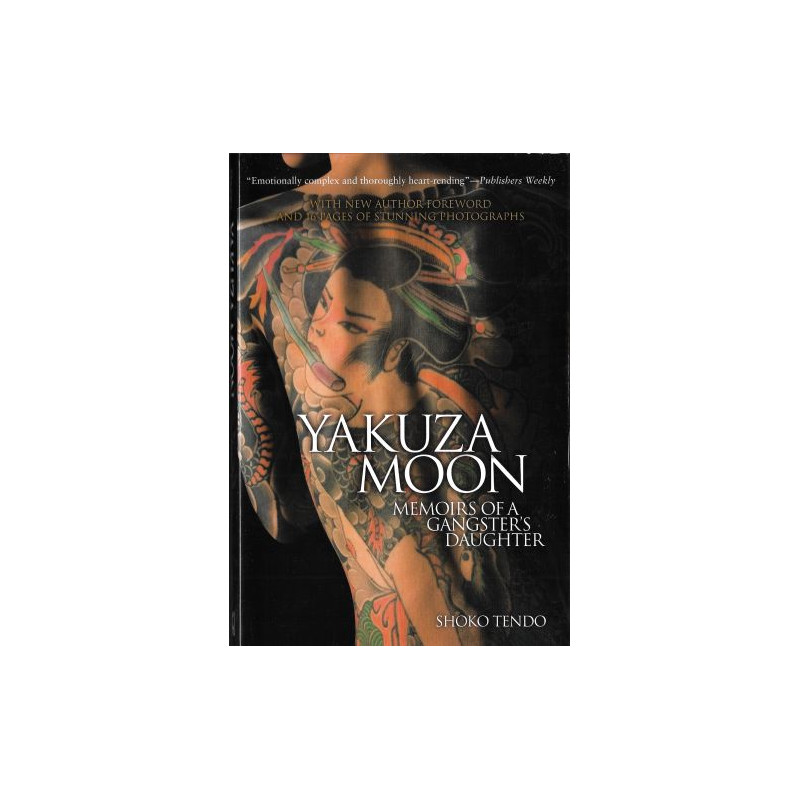 Born to a wealthy and powerful yakuza boss, Shoko Tendo lived the early years of her life in luxury. However, when she was six, everything changed: her father was jailed, and the family fell into debt. Bullied by her classmates because of her father's activities, and terrorized at home by her father, who became a drunken, violent monster after his release from prison, Tendo rebelled. As a teenager she became a drug addict and a member of a girl gang. At the age of 15 she spent eight months in a juvenile detention center after getting into a fight with another gang.During Japan's bubble economy of the eighties, Tendo worked as a bar hostess, attracting many rich and loyal customers, and earning money to help her family out of debt. But there were also abusive clients, one of whom beat her so badly that her face was left permanently scarred. Her mother died, plunging Tendo into a depression so deep that she tried to commit suicide.Somehow, Tendo overcame these tough times. A turning point was getting a full-body tattoo with a design centered on a geisha with a dagger in her mouth, an act that empowered her to change her life. She quit her job as a hostess. On her last day at work, she looked up at the full moon, which became a symbol of her struggle to become whole, and the title of the book she wrote as an epitaph for herself and her family.The paperback edition of Yakuza Moon features 16-pages of never-before-seen photos of Tendos youth, family, and tattoos, as well as a new foreword by the author, describing her life since the book was first published four years ago."Emotionally complex and thoroughly heart-rending, this book is recommended for anyone searching for a more thorough and personal understanding of Japanese society. Publishers Weekly