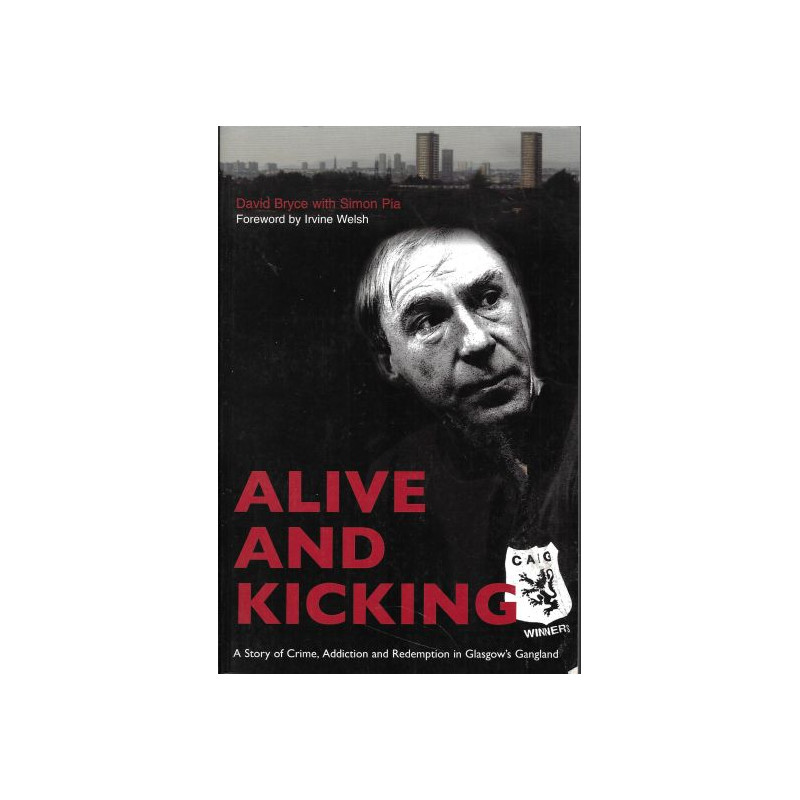 Alive and Kicking: A Story of Crime, Addiction and Redemption in Glasgow's Gangland - David Bryce

From running with the infamous Calton Tongs to running Calton Athletic, David Bryce's life story is a remarkable account of crime, violence, alcoholism and drug addiction in Glasgow's gangland.A respected 'hard man', Bryce worked his way through most of HM's prisons in Scotland before an epiphany in 1977 made him realise that he was a hopeless alcoholic who needed help. A five-year battle followed, during which he sank into the abyss of heroin addiction before finally getting clean.In 1985, in an effort to help others who were struggling against substance abuse, Bryce set up Calton Athletic, a football team and social group made up solely of recovering drug addicts. Reformed gangster Jimmy Boyle was one of the first to have faith in Bryce and Calton Athletic, but the club eventually won widespread respect. Gordon Brown, then a young MP, was so impressed that he wrote an article for The Observer which led to a TV film starring Lenny Henry and Robbie Coltrane. In the '90s, Ewan McGregor, Irvine Welsh and the Trainspotting crew sought Bryce's advice and friendship during the making of the internationally acclaimed cult film, while Robbie Williams begged to switch nationality and play for Calton Atheltic in an 'England v. Scotland' celebrity charity match.Bryce's uncompromising belief that the only way to come off drugs is to go cold turkey and stay completely clean saw him clash with government agencies over the 'harm-reduction' policy of recent years. The club's statutory funding was withdrawn in 1998, but today Calton Athletic are still providing an invaluable lifeline while the 'official' drugs policy has become increasingly discredited.Alive and Kicking is an inspirational tale of survival and success against the odds.