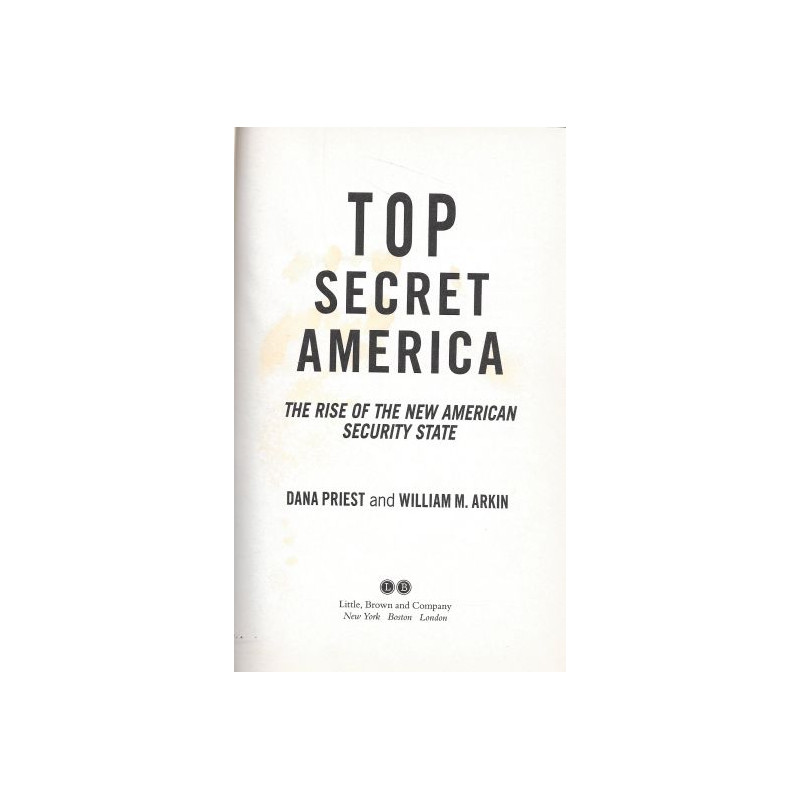 The top-secret world that the government created in response to the 9/11 terrorist attacks has become so enormous, so unwieldy, and so secretive that no one knows how much money it costs, how many people it employs or exactly how many agencies duplicate work being done elsewhere. The result is that the system put in place to keep the United States safe may be putting us in greater danger. In Top Secret America, award-winning reporters Dana Priest and William Arkin uncover the enormous size, shape, mission, and consequences of this invisible universe of over 1,300 government facilities in every state in America; nearly 2,000 outside companies used as contractors; and more than 850,000 people granted "Top Secret" security clearance.A landmark exposé of a new, secret "Fourth Branch" of American government, Top Secret America is a tour de force of investigative reporting-and a book sure to spark national and international alarm.