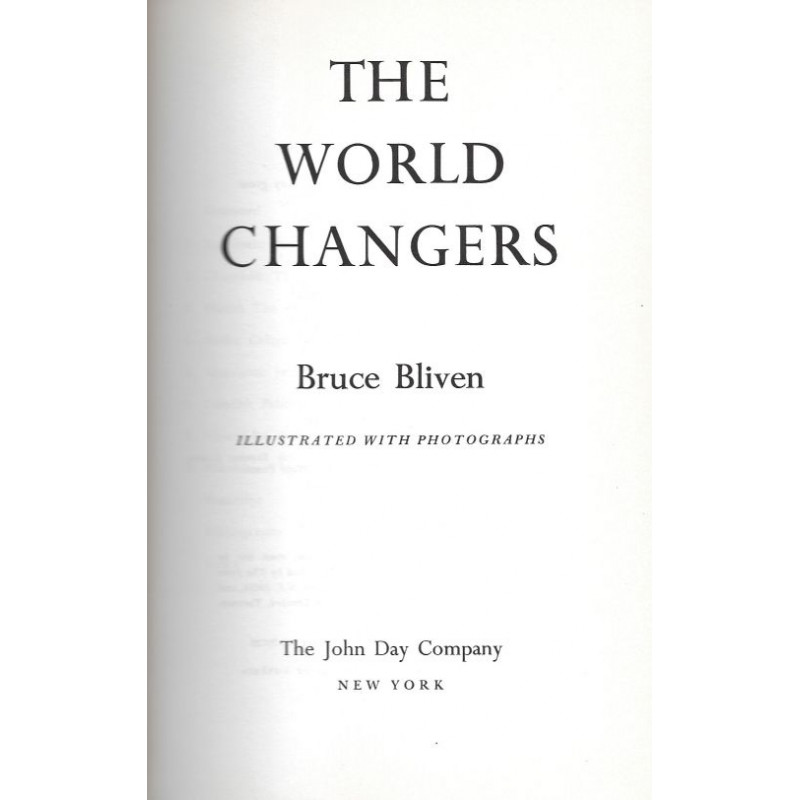 Roosevelt, Churchill, Hitler, Stalin, Mussolini, Gandhi, Chiang-Kai-Shek and Hirohito are the world changers. The author, long-time editor of The New Republic, believes that the Thirties and Forties were the most important decades in the history of the world and he has narrated the lives of these men whose decisions were the stuff of history in order to make the history clear. The result is, sadly, a melange of anecdote, capsule political and military accounts of the period, some of the myths surrounding these figures, or the guesses of their other, more scholarly, biographers. The men themselves never come alive. But that may be the endemic liability of a work that manages to include Chiang and Hirohito at the expense of Mao Tse-Tung; the events are here but not the ideas. For good or evil, it is what men think that lives after them, while the act is always interred with their bones. This work adds nothing to our world. Read the biographies Bliven used as references and from which he liberally lifts much of his material.